Social media. I have a definite love-hate relationship with it. Sites like Facebook, LinkedIn and even Twitter have been great for staying connected with people I don’t see on a regular basis, as well as reconnecting with folks I hadn’t seen or talked with for many years. What a way to quickly reach out to old friends! 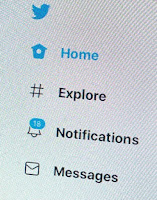 But the social media also have their dark side. Behind the safety of their screens and keyboards, some people use these forums to say things they would never think of speaking in public, especially face-to-face with their “targets.” No wonder our society has become increasing negative, even snarky. With the flick of a finger, people can bully or demean without fearing repercussions. And social media definitely  aren’t the place to conduct a civil discussion or debate.

Which leads me to the topic for today: Most of us are familiar with the so-called “golden rule.” And I don’t mean the one that goes, “He who has the gold, rules.” I’m referring to what Jesus taught in His “sermon on the mount,” as well as His response when religious leaders challenged Him, asking Him to specify which commandment in Jewish law He considered to be the greatest, or most important.

Addressing a large crowd of His disciples, as well as many curious onlookers, Jesus was teaching about relationships, especially with those they would regard as enemies. He taught that instead of responding to their unkind or even evil treatment with the same kind of behavior, instead they should pray for them and, whenever possible, do good to them.

He said, in the King James translation I heard as a young person, “Do unto others as you would have them do unto you” (Luke 6:31). That’s clear enough, but I like the way a popular paraphrase, The Message, expresses it: “Here is a simple, rule-of thumb guide for behavior: Ask yourself what you want people to do for you, then grab the initiative and do it for them” (Matthew 7:12).

Jesus also stated this principle another way. After asserting that the greatest commandment of all is, “Love the Lord your God with all your heart and with all your soul and with all your mind,” He added, “the second is like it: ‘Love your neighbor as yourself’” (Matthew 22:37-39).

Imagine for a minute if, before they impulsively texted something hurtful, sent a nasty email, or crafted a nasty response to someone on a social medium like Facebook or Twitter, everyone paused long enough to consider, “Is this the kind of thing I would like others to say to me? Is this the way I’d want other people to treat me?”

They could also check themselves by self-inquiring, “Is what I’m preparing to post (or text) a reflection of the love I have for myself – and what I’d like others to demonstrate to me?”

As I’ve read through the book of Proverbs, I’ve found many passages that concern how we communicate with one another. For instance: “Put away perversity from your mouth; keep corrupt talk far from your lips” (Proverbs 4:24). And Proverbs 11:12 states, “A man who lacks judgment derides his neighbor, but a man of understanding holds his tongue.”

Proverbs 12:18 affirms, “Reckless words pierce like a sword, but the tongue of the wise brings healing.” I could cite dozens of other passages, in both the Old and New Testaments, but the one I think sums it up is Ephesians 4:25, “Do not let any unwholesome talk come out of your mouths, but only what is helpful for building others up according to their needs, that it may benefit those who listen.”

Maybe, for communication’s sake, we should rephrase the Golden Rule to, “Tweet unto others as you would have them tweet unto you.” And if you think I’m preaching, even meddling, please know my No. 1 audience is myself.

Email ThisBlogThis!Share to TwitterShare to FacebookShare to Pinterest
Labels: do not let any unwholesome talk, do unto others, love your neighbor as yourself, negative words, social media, the Golden Rule, tweeting, tweets