Statistics are funny things. Sports fans get excited when a batter has a .333 hitting average, since that means he gets a hit one-third of the time. Meanwhile, they ignore that he makes an out two-thirds of the time. The meteorologist can tell us there’s a 40% chance of rain, but doesn’t point out there’s a 60% chance that it won’t. Statistics can say whatever we want them to say.

Some statistics, however, speak more loudly than others. Recently the Barna Group, a research organization that specializes in societal and cultural trends affecting the Church, found that 51% of U.S. churchgoers surveyed are unfamiliar with the term, “the Great Commission.” Some of the respondents might have thought it referred to a huge bonus after closing a big sale or a major business deal. Sorry, wrong answer!

This particular finding seems especially striking – and unsettling – because the Great Commission was the last thing Jesus Christ said to His followers prior to His ascension to heaven:

“Therefore go and make disciples of all nations, baptizing them in the name of the Father and of the Son and of the Holy Spirit, teaching to obey everything that I have commanded you. And surely I am with you always, to the very end of the age” (Matthew 28:19-20). 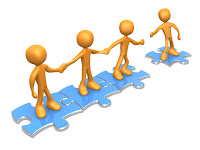 Barna’s survey might conclude that 49% of American church attendees do have some familiarity with the Great Commission. However, since it consisted of Jesus’ final words on earth – the “marching orders” He gave before ascending to the Father – that also means far too many who profess to know Him have no clue about what Jesus expects us to do, the “mission” He wants us to pursue with Him and for Him.

The term disciple can mean many things depending on the context in which it’s used, but the New Testament use of the word disciple means to be a follower, a learner, an imitator, and ultimately, a reproducer, developing others who will become followers of Christ, too. In essence, this is how God intends for His Church – the body of Christ – to grow in both depth and breadth.

Disciplemaking is an important theme that runs throughout the Scriptures. In fact, whenever I’ve had the opportunity to teach on the topic, I’ve observed that the idea of “making disciples” isn’t mentioned in the Bible until…the first chapter of Genesis.

We see it in Genesis 1:26-28, “Then God said, ‘Let us make man in our image, in our likeness….’ So God created man in his own image, in the image of God he created him, male and female he created them. God blessed them and said to them, ‘Be fruitful and increase [multiply] in number, fill the earth and subdue it….’”

Considered within the overall scope of Scripture, this clearly means more than a directive to populate the earth numerically. God created humankind “in His image,” and then commanded that men and women “be fruitful and multiply,” thus creating many more in His image. And this involves more than attending church, praying over the food before we eat and following a few rituals.

For many years I’ve been involved in discipling other men. Some term it “spiritual mentoring.” The goal is to help them to grow and mature in their faith, and prepare them to come alongside others in the same way, starting with but not limited to their own families. We see this described beautifully in 2 Timothy 2:2, “And the things you [Timothy] have heard from me [Paul] in the presence of many witnesses, entrust to faithful men who will be able to teach others also.” In this single verse we see four generations of believers: Paul, Timothy, faithful men, and others.

We read a lot these days about how many churches have succumbed to the influence of the surrounding culture, as well as the decline in influence of the Church – and Christianity – on the culture. I strongly suspect one major reason for this is because we’ve forgotten the Great Commission. We might be trying to “save souls,” or spending time talking  and thinking about “the sweet by and by,” but the vast majority of folks who claim to be Christians aren’t making disciples. Despite the fact that Jesus thought this was so important, it became it His last command before ascending to heaven.

The way spiritual multiplication works can be summed up by one Old Testament verse,“one shall become a thousand” (Isaiah 60:22). While addressed specifically to the people of Israel, it also relates to each of us who has been called to become a member of the eternal family of God. As we pass along our faith to someone else and invest in them, then we each in turn do the same with others, over time one can become 1,000 or more.

We live in a time when we fret over how we can positively influence the course of our nation, when much of society seems spiraling out of control. We tend to look in many directions for bringing about necessary changes, but perhaps the best course of action would be to simply revisit Jesus’ Great Commission, to become true disciples ourselves and then to engage in making disciples of all nations.

As the apostle Paul wrote to believers in Philippi, “Whatever you have learned or received or heard from me, or seen in me – put into practice. And the God of peace will be with you” (Philippians 4:9).