The First One to Know Was … a Woman 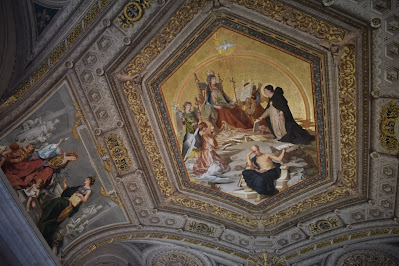 Over the next several days, we’ll be observing Good Friday and Easter, commemorating the two most pivotal, critical days in Christendom. Without both of these days, we would have no reason for Christmas, or even Lent or Ash Wednesday. Without the crucifixion of Jesus Christ and His resurrection from the dead, why would we care to celebrate His birth?

The implications of both Good Friday and Easter are almost limitless. And many pastors and theologians far more qualified than I have spoken and written eloquently about them. But as a firsthand beneficiary of Jesus’ sacrificial death and His resurrection – receiving forgiveness for my sins, an eternal relationship with God, a new life spiritually and the assurance of life after this one – there’s no way I can give these days a simple nod and then move on to some other topic.

However, with countless books, sermons, songs and even poems having been written about these holiest of holy days, with more surely to come, what is there to add to the discussion? Perhaps nothing, but there’s one aspect that’s not so often presented. It’s this: that the first person to know about Jesus’ triumph over death, and sin, was…a woman. 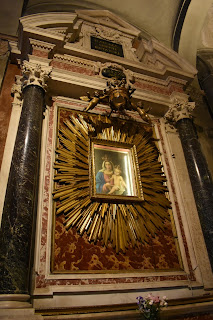 Matthew 28:1-10 tells about Mary Magdalene, a woman out of whom Jesus had cast out many demons, and “the other Mary” going to the tomb, planning to anoint the body with burial spices. Instead, they found the stone in front of the tomb rolled away, with no body inside, and only “an angel of the Lord” to greet them. “The angel said to the women, ‘Do not be afraid, for I know that you are looking for Jesus, who was crucified. He is not here; he has risen, just as he said. Come and see the place where he lay. Then go quickly and tell the disciples….’ So the women hurried away from the tomb, afraid yet filled with joy, and ran to tell his disciples….”

The gospels offer somewhat different eyewitness perspectives of what happened next, but in John 20:10-18 we read about Jesus meeting Mary of Magdala as she wept outside the tomb, still not comprehending what had occurred. Initially mistaking Him for the gardener, she said, “Sir, if you have carried him away, tell me where you put him, and I will get him.” Then Jesus uttered one word: “‘Mary.’ She turned toward him and cried out in Aramaic, ‘Rabboni!’ (which means Teacher).” She knew indeed, as the angel had declared, “He is risen, just as He said.”

What’s the big deal about that? It’s especially significant for two reasons. First, in those days women in Israel had little value or status in society. We can complain about that all we want, saying how wrong it was to denigrate women, but it’s the historical truth. Yet, God chose to entrust a woman with the most important news in history. Second, and closely related, this quickly debunks the claim by some that in Christianity, women are devalued, treated as second-class citizens.

Jesus had many followers, with 12 disciples accompanying Him almost 24/7. One of them, Judas Iscariot, had hanged himself after betraying Jesus, but 11 of the men remained. Two of them, Peter and John, had run to the tomb to see for themselves that the tomb was empty. Why, in God’s sovereign plan, was a woman the first to not only find the empty tomb in which Jesus’ crucified body had been placed, but also to physically see the resurrected Christ?

I believe this was a purposeful, counter-cultural act designed to clearly demonstrate God’s equal value and love for both men and women. As it says in Galatians 3:28, “There is neither Jew nor Gentile, neither slave nor free, nor is there male and female, for you all are one in Christ Jesus.”

Looking at Jesus’ ministry, we see how women figured prominently in many ways. His earthly mother, Mary, was given the unique role of bringing the Christ Child into the world. Jesus’ first miracle, at the request of His mother, was turning water into wine at a wedding celebration. Sisters Mary and Martha were given special roles of service and given special honor.

A woman regarded by all as “unclean” because of an “issue of blood” that had plagued her for 12 years, was miraculously healed by Jesus. Then He brought back to life the daughter of a synagogue leader, and later raised a widow’s dead son. When He encountered a Samaritan woman at a well near Sychar, Jesus told her all about her troubled past, and offered her unconditional forgiveness.

Throughout His time on earth, Jesus gave inordinate attention to women in a society that regarded them as little more than property. His time started with a young woman named Mary, and His resurrection, signaling His atoning sacrifice for the sins of all who would receive Him as Savior and Lord, was first proclaimed by another Mary. In some respects, Jesus can be regarded as the first feminist. So it truly can and should be a happy Easter – for all!

Email ThisBlogThis!Share to TwitterShare to FacebookShare to Pinterest
Labels: all are one in Christ Jesus, Easter, Mary and Martha, Mary at the tomb, Mary Magdalene, woman at the well, women and Christianity, women and Jesus Christ