Keeping Our Hopes and Dreams in Perspective

A few days ago I saw a furniture truck that bore the motto, “A Hope to Dream.” It seemed pretty clear the message being conveyed was that the truck’s contents would soon be the answer to someone’s hopes and dreams. 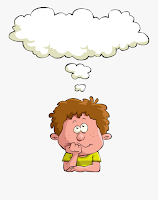 I’m all in favor of hopes and dreams. They often provide the motivation we need for moving through life. We might hope and dream about the best school to attend to receive the education we desire, or the person who will become our life partner. Thoughts about our career might be filled with hopes and dreams – landing the right job, earning the promotion we’ve been working diligently deserve, or receiving the substantial pay raise we’ve been expecting.

Nearly all of us had hopes and dreams at the start of this year that never became reality. Some of us were anticipating going on a once-in-a-lifetime international travel tour, or even a trip to a part of the USA where they had never been. Then came COVID-19, putting the kibosh on their expectations. Those places? They still haven’t been there.

Small business owners just starting up, or others finally turning the corner toward profitability, saw their hopes and dreams go down in flames due to the virus shutdowns, reluctance of many customers to return even when restrictions were relaxed, and in some cases, destructive rioting. And, of course, there were hopes and dreams shattered when loved ones contracted the disease and died.

It's been a tough year for hopes and dreams, despite what furniture trucks might want to tell us. So how do we respond?

For some, sadly, their answer has been to simply give up in despair. Isolation, forced time away from friends and loved ones, and inability to continue familiar routines – all have taken a serious toll in the lives of many. Experts have focused primarily on the spread of the virus, but many of the uninfected have been stricken in other ways: depression; suicidal thoughts; increased alcohol and chemical abuse; intensifying strife within marriages and families, leading to domestic abuse and divorce. It’s a terrible thing when hopes and dreams are stripped away.

Again the question: How should we respond when our hopes and dreams are dashed?

One suggestion is to put them in the right place – don’t build our hopes and dreams on things, even people, that can suddenly be taken away or destroyed. Furniture, the latest technology, cars and houses. These all are things that can suddenly be taken away. If they comprise the substance for our dreams and hopes, sooner or later they will be lost.

In the Old Testament we find Ecclesiastes, hardly the most optimistic book of the Bible. For instance, it tells us, “Much dreaming and many words are meaningless” (Ecclesiastes 5:7). Then it adds, “Therefore stand in awe of God.”

Elsewhere the writer, assumed by many to be King Solomon, reputedly the wisest man of all time, says, “when I surveyed all that my hands had done and what I had toiled to achieve, everything was meaningless, a chasing after the wind; nothing was gained under the sun” (Ecclesiastes 2:11). Considering that Solomon had wealth and experiences beyond anything we could imagine, this puts matters in perspective.

In another part of the Bible, likely also written by him, we find another sober truism: “Cast but a glance at riches, and they are gone, for they will surely sprout wings and fly off to the sky like an eagle” (Proverbs 23:5). We don’t have to have great material wealth to understand how quickly circumstances can change, taking our hopes and dreams with them.

The New Testament’s epistle of James is another book filled with wisdom, offering a practical look at life’s often harsh realities. For instance, the apostle wrote:

“Now listen, you who say, ‘Today or tomorrow we will go to this or that city, spend a year there, carry on business and make money.’ Why, you do not even know what will happen tomorrow. What is your life? You are a mist that appears for a little while and then vanishes” (James 4:13-14).

Jesus Christ gave perhaps the greatest perspective about our dreams and hopes. Speaking in a message commonly known as the Sermon on the Mount, He said, “Do not store up for yourselves treasures on earth, where moth and rust destroy, and where thieves break in and steal. But store up for yourselves treasures in heaven, where moth and rust do not destroy, and where thieves do not break in and steal. For where your treasure is, there your heart will be also” (Matthew 6:19-21).

It’s about not placing our hopes – and our dreams – in things tangible and temporary, but in the eternal. I think the apostle Paul summed it up well in saying, “For in this hope we were saved. But hope that is seen is no hope at all. Who hopes for what he already has? But if we hope for what we do not yet have, we wait for it patiently” (Romans 8:24-25).

Who knows what the coming year will have for us? We all hope it’s better than the current year. But the Scriptures promise that if we build our hopes and dreams around what God has for us, rather than an unpredictable and fickle future, we won’t be disappointed or disheartened.

Email ThisBlogThis!Share to TwitterShare to FacebookShare to Pinterest
Labels: broken dreams, building hopes and dreams, chasing after the wind, disrupted plans, dreams, hopes, treasures on earth, you are a mist