If you were to name the emotions you’re most familiar with, what would they be? Love? Happiness? Anger? How about fear? Does that one rank high for you? 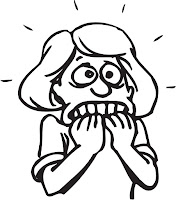 Fear – along with its kissin’ cousin, anxiety – both are emotions that stir in all of us more often than we’d like to admit. Especially this year. If it hasn’t been the pandemic – and so often it has been – it’s been the economic consequences, social unrest and riots, along with severe weather, such as hurricanes, extreme heat, fires and other natural calamities. Then there’s been the constant political drama, with both sides frantically pointing accusing fingers at each other, assuring us that if their opponents are elected, that’s the end of the world as we have known it.

I’ve become exceedingly weary of the boy who cried wolf anchoring the evening news on one network, along with Chicken Little on another channel constantly announcing that the sky is falling. One notable news commentator stated off camera not too many years ago, “Our job is to scare the h--- out of our viewers.” And they’ve been doing a good job of it.

Is it any wonder the Bible speaks so often about fear? I’ve not taken the time to count, but according to experts on such things, the Scriptures command us to “fear not” a total of 365 times in the Old and New Testaments. One for every day of the year!

We don’t have to search far or long to find biblical references to fear. With the Israelites poised to finally enter the Promised Land, God reminded Joshua: “Have I not commanded you? Be strong and of good courage; do not be afraid, nor be dismayed, for the Lord your God is with you wherever you go” (Joshua 1:9).

Why this admonition? Because earlier, Moses had sent 12 spies, representing every tribe of Israel, into Canaan. Most of them came back with fearful, pessimistic reports of fortified cities and huge, well-armed people. Joshua and Caleb were the only ones returning from the spy mission who didn’t see a problem. Theirs was the original “minority report.”

In fact, Joshua said, “If the Lord delights in us, then He will bring us into the land and give it to us, a land which flows with milk and honey. Only do not rebel against the Lord, nor fear the people of the land…their protection has departed from them, and the Lord is with us. Do not fear them” (Numbers 14:9). But the Israelites chose instead to accept the majority’s conclusion. As a result, they wandered the next 40 years in the wilderness.

Centuries after the people of Israel finally passed victoriously into the Promised Land, their fear problem persisted. So in Isaiah 41:10, God offered this promise: “Fear not, for I am with you; be not dismayed for I am your God. I will strengthen you, yes, I will help you, I will uphold you with My righteous right hand.”

The fear dilemma is not limited to a nation, region of the world, or even an era of history. In his first inaugural address in 1933, President Franklin D. Roosevelt boldly declared, “We have nothing to fear but fear itself.” Many of his hearers probably thought, “That’s easy for you to say, FDR,” with the nation in the throes of the Great Depression and World War II imminent.

Remembering the horrific moments of 9/11 and its immediate aftermath, fear was palpable. Complacency and apathy dispersed. Without warning, an enemy had struck; we wondered what was next.

Fast-forward to the present – and looking ahead to the future – fear again has become a nearly constant companion for many of us. And with both the mainstream media and social media serving a steady barrage of negativity, the fear impulse doesn’t figure to subside any time soon.

What are we to do? Just grin and bear it? Anesthetize our anxieties with booze or drugs or whatever else we can find to numb our minds?

Recently in a small group Bible study, someone asked us to listen to the praise song, “No Longer Slaves.” It reminds us, “I’m no longer a slave to fear. I am a child of God.” This is an important reminder, especially since it’s an assurance we forget so easily.

Jesus often addressed the subject of fear with His followers. Speaking about the prevalent plague of worry, Jesus told them, “Therefore I tell you, do not worry about your life…. Do not be afraid, little flock, for your Father has been pleased to give you the kingdom” (Luke 12:22-32).

Another time, Jesus and His closest disciples were crossing the Sea of Galilee when an unexpected storm sent huge waves surging over their boat. He was asleep when the storm struck, so the panicked disciples cried out, “Lord, save us! We’re going to drown!” To which Jesus replied, “You of little faith, why are you so afraid?” and He proceeded to command the wind and waves to cease (Matthew 8:23-27).

When that happened, the passage states, the men were amazed. Duh! And yet, every day we see God doing amazing things in our lives, or in the lives of others. The key, as Jesus pointed out, is faith: Not only intellectual belief, but also confident assurance and trust that no matter how dire our circumstances, the Lord is present and poised to respond to our prayers.

In fact, His last recorded words prior to ascending to heaven were, “And surely I am with you always, to the very end of the age” (Matthew 28:20).

This year has seemed like one unending storm, one surge after another. Humanly speaking, we have every reason to fear. “What’s next?” But times like these serve to strengthen our faith, causing us to dig deeply to determine in what – and in Whom – it really lies.

Rather than collapsing in fear, we can follow the admonition of Philippians 4:6-7, which says: “Do not be anxious about anything but in everything, by prayer and petition, with thanksgiving, present your requests to God. And the peace of God, which transcends all understanding, will guard your hearts and minds in Christ Jesus.”

Email ThisBlogThis!Share to TwitterShare to FacebookShare to Pinterest
Labels: anxiety, be anxious for nothing, coping with fear, do not fear, fear, fear not for I am with you, nothing to fear but fear itself, pandemic, the peace of God