High on the Mountaintop 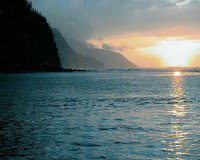 Living in Chattanooga, Tennessee is literally a mountaintop experience. We have majestic views available from Lookout Mountain and Signal Mountain; even a panorama of seven states from Rock City on a clear day.

My wife and I live atop a hill on a cul-de-sac, so just waking up each morning is a mountaintop experience of sorts.

But have you ever had one of those life-changing “mountaintop experiences” you wish could last forever? While on staff with CBMC, I regularly attended conferences – often in the Rocky Mountains of Colorado – where I learned from the best of the day’s Bible teachers. After drinking at the fountain of their spiritual wisdom, I would return home feeling like I was flying several feet higher than the jets on which I traveled.

The fact is, however, life is not meant to be lived on the mountaintop, unless you’re a Sherpa guide, I suppose. The Bible tells of the day Jesus took Peter, James and John up a mountain where He became transfigured. After Elijah and Moses appeared to them, the disciples wanted to set up camp. They suggested putting up shelters, one each of Jesus, Elijah and Moses. But Jesus took them back to the valley below.

The beloved Psalm 23 also speaks about walking “in the valley of the shadow of death.” Anyone can become enthused on the mountaintop, whether you’re captivated by some awesome wonder of nature or experiencing a spiritual high. But it’s in the valley – of mundane work responsibilities, frustrating financial obligations, discouraging marriage and family challenges, untimely breakdowns of cars and appliances, agonizing physical ailments – that our faith and convictions are put to the test.
Only in the darkest, loneliest spots in the valley can we embrace the truth of Jesus’ promise, “surely I am with you always…” (Matthew 28:20).
Posted by Bob Tamasy at 2:49 PM