Winning the Ongoing Battle for the Mind

“A mind is a terrible thing to waste.” That popular advertising slogan of years past still rings true today. What we think, how we think, and the things that fill our minds make a tremendous difference in how we conduct our lives and what we experience: Our successes, failures, and attitudes. 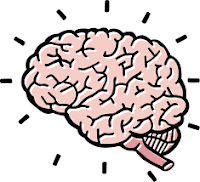 I’ve heard many experts make reference to a “battle for the mind,” and there’s little doubt such a mental tug-of-war exists. Consider the potential influences: We have social media like Facebook, Twitter, Instagram, and new entries almost every week. Then we have TV – network, cable and the many streaming services that are emerging – not only the news and commentaries, but also the “entertainment” that shapes our culture and worldviews.

We have a plethora of print media, not only local and national newspapers, but also magazines designed to appeal to any interest and taste. A casual glance at any of them can reveal the values and biases they espouse. Even video games, literally at our fingertips, can have a significant impact on our minds.

The political scene has become so sharply divided it’s often hard to believe opposing parties are talking about the same things. It seems increasingly difficult to find common ground for civil discourse. And in many of our colleges and universities, the curricula for many disciplines are infused with political ideology. So yes, we’re engaged in a fierce battle for the mind.

What are we to do? Attempting to debate or reason on social media seems pointless. We can protest in different ways, but even how those are understood and reported can be distorted. I sometimes write letters to the editor, but I’ve yet to hear anyone say, “Wow, after reading what you said, I’ve changed my thinking entirely.”

I’ve concluded that even though I can’t control the way the world thinks, I can prevent it from controlling and molding the way I think. I like what the late Indian leader and human rights activist Mohandas Gandhi used to say: “I will not let anyone walk through my mind with their dirty feet.” What a vivid image!

The Scriptures have much to say about what we allow to influence our minds. Romans 12:1-2 speaks powerfully to this: “Therefore, I urge you, brothers, in view of God’s mercy, to offer your bodies as living sacrifices, holy and pleasing to God – this is your spiritual act of worship. Do not conform any longer to the pattern of this world, but be transformed by the renewing of your mind….” I like the wording from one paraphrase of this passage: “Don’t let the world press you into its mold.”

Years ago I became convicted about the types of books I was reading. Some were in the genre of horror fiction, and while I found those entertaining, I had to admit they were taking my mind into realms of the occult and evil that were not healthy. When I asked my pastor about them, he wisely replied, “Well, when you read those books, are they pointing you toward the Lord – or away from Him?”

Exhorting believers in the church at Philippi, the apostle Paul expressed his concern that they also needed vigilantly keep their minds focused in the right direction: “Finally, brothers, whatever is true, whatever is noble, whatever is right, whatever is pure, whatever is lovely, whatever is admirable – if anything is excellent or praiseworthy – thing about such things”(Philippians 4:8).

This doesn’t suggest adopting a Pollyanna attitude, ignoring negative influences around us, but making certain we don’t let them dominate our thinking. As an old friend of mind used to say, “I can’t stop the birds from flying overhead, but I can keep them from building a nest in my hair.”

Perhaps King David shared this concern about the “battle for the mind,” because in one of his psalms he asked and answered his own question: “How can a young man keep his way pure? By living according to your word. I seek you with all my heart; do not let me stray from your commands. I have hidden your word in my heart that I might not sin against you” (Psalm 119:9-11).

Another resource the Lord gives to ensure our thinking is clear and right is the counsel of other trusted friends and colleagues. Proverbs 19:20 says, “Listen to advice and accept instruction, and in the end you will be wise.” And if we don’t? Another verse offers this warning: “Stop listening to instruction, my son, and you will stray from the words of knowledge” (Proverbs 19:27).

The battle for our minds is real; it will continue, whether we like it or not. But God has given us the means for remaining on the victorious side. We just need to take full advantage of them.

Email ThisBlogThis!Share to TwitterShare to FacebookShare to Pinterest
Labels: battle for the mind, be transformed by the renewing of your mind, Gandhi, how we think, Mahatma Gandhi, think about such things, worldview, your word I have hidden in my heart