Who Will Thank You When All Has Been Said and Done?

Are you familiar with the song, “Thank You,” by Ray Boltz? This soft, simple tune from 1988 lacks the amped-up instrumentation and energetic vocals of much of today’s Christian rock music, but it packs a powerful message of hope and inspiration. 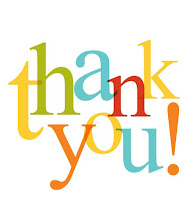 The lyrics tell about a person who dies, goes to heaven and discovers the impact of his life he had never known. He encounters a boy who met Jesus Christ while he was teaching a Sunday school class; another who came to faith through a missionary he supported, and then a slew of other people whose lives he had touched in other ways without being aware of it.

In our society we tend to pay homage to the popular preachers, best-selling authors and celebrated singers, but as “Thank You” teaches, the greatest difference for the kingdom of God can be made by ordinary folks going about their ordinary lives. It reminds me of the theme from the iconic Christmas film, “It’s a Wonderful Life,” in which George Bailey is rescued from the depth of despair when he learns how the selflessness and sacrifices made during his life had positively affected so many other people.

Jesus taught this principle to the disciples in His parable about separating the sheep from the goats. In the story, the King tells His true followers – the sheep – to prepare for receiving their rightful inheritance:

When they ask when they had done these things for the King, He replies, “I tell you the truth, whatever you did for one of the least of these brothers of mine, you did for me” (Matthew 25:31-40). Then He compares them to the “goats,” who had done none of these acts of kindness and compassion – and instead of eternal rewards, would receive eternal punishment.

This particular parable could be examined in different ways, but what’s most interesting to me is that the people being commended in this story didn’t even remember having done these kind deeds. I can think of several folks to whom I have had the opportunity to express my appreciation for what they added to my life, and in most instances they had no idea of the impact they had made.

In His Great Commission, recounted in Matthew 28:19-20, Jesus told His followers, “Therefore go and make disciples of all nations….” A possibly better translation of the opening phrase would be, “As you are going, make disciples.” In a similar way, as we grow in our faith, seeking to serve the Lord and His people, we’re to do this as we are going. There’s a place for planning special events and undertaking major projects, but I believe that from God’s perspective, our best work is accomplished simply as we are going along in our lives.

It's not a matter of what we must do for God, but rather, as we yield ourselves to Him as “instruments of righteousness” (Romans 6:13), it’s what we allow Him to do through us – even things of which we are totally unaware.

Email ThisBlogThis!Share to TwitterShare to FacebookShare to Pinterest
Labels: I was hungry and you gave me something to eat, instruments of righteousness, Ray Boltz, receiving thanks, Thank You, Thank You song, whatever you did for the least of these

Great text, Bob! That is what I want to be, "an instrument of His righteousness".