Have you ever watched any of those home improvement shows lately? I occasionally join my wife in viewing some of them. Besides the “drama” of these so-called reality shows, there’s actually a lot you can learn from them. 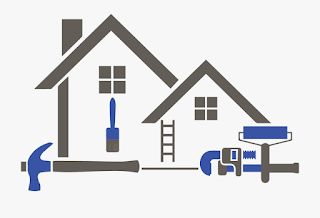 If you’ve never struggled with being envious or coveting, but have wondered what those vices are like, I highly recommend catching one of these shows. Invariably, the designers and craftspeople do things with home renovations and remodeling that make you think, “Wow, I wish our house looked like that!”

If you’ve been praying, “Lord, lead me not into temptation,” maybe it would be best if you don’t watch. But if you feel confident it wouldn’t do much harm to your personal contentment scale, you might want to give it a try. The open floor plans with stunning hardwoods, immaculate “en suite” bathrooms, state-of-the-art kitchens and elaborate man-caves are wonders to behold.

The thing I like best about these shows is how they illustrate something God does every day: taking broken things and turning them into things of beauty. Recently we viewed a show in which the client wanted the craftsman/designer couple to refurbish his late father’s old, rundown cabin.

Since I’ll never be mistaken for a handyman, seeing the mess the fellow wanted them to bring back to life, I was skeptical. If they’d asked me which tool to start the project with, I would have suggested a bulldozer. Or a wrecking ball. Of course, they chose neither of those options. Instead, they turned the rickety, broken structure, practically rubble, into a cozy, safe, beautiful testament to the fine art of home renovation.

Similarly – but in a far more profound sense – God does this every day. Genesis 1 tells us about His work of creation; the rest of the Bible recounts the Lord’s continual work of re-creating. Taking broken, sinful individuals and turning them into “new creations,” as 2 Corinthians 5:17 states. This is hardly rare. I’ve met thousands of men and women whose lives have been changed for all of eternity after their encounters with Jesus Christ.

They range from the battle-scarred Marine, who now devotes his life to helping military vets struggling with PTSD and other issues, to the business executive whose life’s passion once was profits but now is pointing others to purpose and meaning through the Lord.

The Scriptures are filled with examples of miraculously changed lives, including Abraham, whom God promised would become the father of many nations; David, who rose from a caretaker of sheep to the king of Israel; Nehemiah, a king’s cupbearer who directed the rebuilding of Jerusalem; impetuous Peter, becoming one of the primary leaders of the first-century Church; and Paul, who transformed from persecutor of Christians to a fearless preacher of the Gospel.

One difference, however, between the HGTV-style productions and God’s work is that instead of trying to fix and improve upon the original, the Lord starts all over, building new creations from scratch spiritually. Romans 6:4 declares that as we receive Christ and identify with His atoning sacrifice on the cross, “just as Christ was raised from the dead through the glory of the Father, we too may live a new life.”

Several verses later, the apostle Paul, writer of the letter to the church in Rome, says, “The death [Jesus] died, he died to sin once and for all, but the life he lives, he lives to God. In the same way, count yourselves dead to sin but alive to God in Christ Jesus” (Romans 6:10-11). God’s call on our lives is not to work harder and try to do better, but to live out the new life graciously given to us through Christ.

New and absolutely transformed – these are God’s specialties. Even in the Old Testament, God said, “Forget the former things; do not dwell on the past. See, I am doing a new thing! Now it springs up, do you not perceive it?” (Isaiah 43:18-19).

His work of transformation, replacing the old and broken, continues throughout the Bible, including its last book, Revelation: “Then I saw a new heaven and a new earth, for the first heaven and the first earth had passed away…. I saw the Holy City, the new Jerusalem, coming down out of heaven from God, prepared as a bride beautifully dressed for her husband…. He will wipe every tear from their eyes. There will be no more death or mourning or crying or pain, for the old order of things has passed away” (Revelation 21:1-4). Sounds like a whole lot more than a home makeover!

Email ThisBlogThis!Share to TwitterShare to FacebookShare to Pinterest
Labels: forget the former things, HGTV, home improvement, I am doing a new thing, in anyone is in Christ he is a new creation, new creation, new heaven and new earth