Pursuing Lofty Visions of Greatness in a Very Ordinary Life 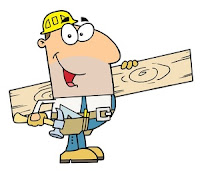 Do you desire to do something great, something that people in your community, even around the world, will remember long after you are gone? You know, leaving some grand, indelible mark that will ensure your legacy for many years to come.

I wonder if great inventors like Thomas Edison, Alexander Graham Bell, or the Wright brothers had thoughts like that. Waking up one morning and thinking, “I know – I’m going to invent a light bulb (or a telephone, or a way for people to fly).” I kind of doubt that. Greatness is something that arrives without fanfare while someone’s in the midst of doing very ordinary things.

What about the great agricultural scientist George Washington Carver, who rose above slavery to develop techniques to counter soil depletion, discover more than 140 uses for the peanut, and become a college professor? Do you think he went to bed at night dreaming about how to achieve greatness? I think not. I suspect he recognized his calling, cultivated his passions, honed his skills, and along the way, became one of the most renowned scientists of his time.

One of the stark realities of everyday life is that it’s so daily, marked mostly with the mundane and rarely with anything spectacular. The legendary Helen Keller, who achieved much as an author, political activist and lecturer, despite being both deaf and blind, acknowledged this. She said, "I long to accomplish some great and noble task, but it is my chief duty to accomplish small tasks as if they were great and noble."

In a meditation in My Utmost for His Highest, Oswald Chambers wrote, “We have a tendency to look for wonder in our experience, and we mistake heroic actions for real heroes. It’s one thing to go through a crisis grandly, yet quite another to go through every day glorifying God when there is no witness, no limelight, and no one paying even the remotest attention to us.”

Have you ever felt this way? No tickertape parade in your honor, no commendations, just the distinction of doing non-extraordinary work for little or no recognition? And yet, this is what God calls us to as His children. As Chambers also observed, “To be utterly unnoticeable requires God’s Spirit in us making us absolutely humanly His. The true test of a saint’s life is not successfulness but faithfulness on the human level of life.”

In one of His parables, talking about the importance of being faithful in undertaking responsibilities entrusted to us, Jesus declared, “Whoever can be trusted with very little can also be trusted with much, and whoever is dishonest with very little will also be dishonest with much" (Luke 16:10). To me, the Lord is saying, “Do you long to be engaging in things great and important? First, prove yourself trustworthy in doing the small, ordinary things I’ve already given to you.”

Writing to believers in the ancient city of Colossae, the apostle Paul affirmed that workers or employees, whether doing small tasks or pursuing great projects, should always keep their ultimate “boss” in mind: “Bondservants, obey in all things your masters according to the flesh, not with eyeservice, as men-pleasers, but in sincerity of heart, fearing God. And whatever you do, do it heartily, as to the Lord and not to men, knowing that from the Lord you will receive the reward of the inheritance; for you serve the Lord Christ” (Colossians 3:23-24).

It's not about doing great things for God; it’s about the joy and privilege of a great God doing His work through us for His glory. That way, even if we have the opportunity to do something great and noteworthy, we know where the credit should really go.

Email ThisBlogThis!Share to TwitterShare to FacebookShare to Pinterest
Labels: do your work as for the Lord, doing something great, faithful in little things faithful in much, George Washington Carver, greatness, inventors, leaving a legacy, legacy