Learning to Look on the Inside, Not the Outside

Got a question for you: If you were in a hospital, in desperate need of a blood transfusion, would you ask whether the blood had come from a Caucasian, African-American, Asian, Hispanic or Middle Eastern person?

When a cardiothoracic surgeon opens someone up to perform open-heart surgery, do you suppose he or she is concerned about whether the patient is African-American, Hispanic, Caucasian, Middle Eastern or Asian? 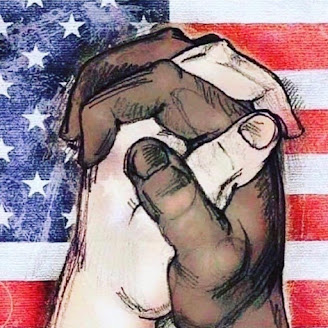 The answer to both questions is – or should be – an emphatic, No. Because on the inside, all human beings are the same. Blood and plasma are the same, regardless of the race or ethnicity of the donor. On the inside, we each have a heart, a liver, kidneys, lungs, intestines, and all that other stuff. And they all function in the same ways – it doesn’t matter whether you come from a rich family or poor, what language you speak, or whether your skin color is naturally dark or you have to lay in the sun or a tanning booth to get that way.

So why in the world do we continue to remain so hung up, so obsessed with the amount of pigmentation – or lack – of someone’s skin?

I think I’ve mentioned this before, but vividly remember the time I was meeting with a young African-American man, his first name was Rhon. We were early in a discipling relationship, and one day out of the blue he asked, “Bob, if Jesus were to come up and stand in front of me, would He see a black man?”

Thankfully, I didn’t have to fumble for a response. A verse I had recently read came immediately to mind: “There is neither Jew nor Greek, slave nor free, male nor female, for you are all one in Christ Jesus” (Galatians 3:28). Although I believe God created different skin colors and ethnic features, perhaps simply for the sake of variety, just as He created cardinals and eagles, blue jays and robins, barred owls and sparrows, He doesn’t regard us differently because of our skin, status or sex.

In fact, 1 Samuel 16:7 states this emphatically. After the prophet Samuel had become frustrated after examining each son of Jesse and finding none to be of God’s choosing for the next king of Israel, God told him, “…The Lord does not look at the things man looks at. Man looks at the outward appearance, but the Lord looks at the heart.”

Elsewhere, speaking about motives but also referring to the folly of judging solely based on externals, Proverbs 21:2 tells us, “All a man’s ways seem right to him, but the Lord weighs the heart.” Similarly, “The lamp of the Lord searches the spirit of a man; it searches out his inmost being” (Proverbs 20:27).

Today our nation is once again embroiled in racial strife. Factions are demanding an end to racism, sometimes through acts of violence and hatred. Which is like trying to put out a house fire with a blowtorch.

Without intending to sound simplistic, the real answers to racism, prejudice and ignorance are not found in more legislation, or other forms of governmental force. It’s by learning to do as the Bible instructs – to stop concentrating on outward appearances, whatever they may be, and discovering how to look inward, to the heart. Recognizing one another as God’s creations and, potentially, as His children. It’s offered to all who respond to the gracious gifts of salvation, forgiveness and reconciliation, provided through the shed blood of Jesus Christ on a crude cross 2,000 years ago.

On this page I’ve included an image of white and black hands clenched together, with an American flag in the background. I don’t know its artist, but it wonderfully captures the spirit and hope we all should seek to show toward one another.

With forces in our society pressing to keep us separate and perpetually at odds, intending to destroy and divide, only in Christ can we achieve true and undisrupted unity. As Philippians 2:1-2 declares:

“If you have any encouragement from being united with Christ, if any comfort from his love, if any fellowship in the Spirit, if any tenderness and compassion, then make my joy complete by being like-minded, having the same love, being one in spirit and purpose.”

Did you notice that the key word in this passage is “if”? A tiny word, yet its significance looms as large as the entire world. Jesus Christ gives us the capacity. Are we willing to implement it?