Accepting the Gift Nobody Wants

What was the worst gift you ever received? A gaudy tie for Father’s Day? Or a nifty kitchen appliance when you really were hoping for a romantic gift, like flowers or jewelry?

A well-intended aunt had a habit of giving some of the most undesirable gifts you could imagine. One Christmas when I was a teenager she gave me several pairs of stretchy red, yellow and white socks, not remotely on my wardrobe wish list. 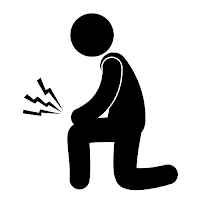 We enjoy receiving gifts we want. But have you ever thought about pain being a “gift”? That’s the contention of author Philip Yancey and the late Dr. Paul Brand, who collaborated on several books exploring the problem of pain from a spiritual perspective. One of their books is titled, PAIN: The Gift Nobody Wants.

In another of Yancey’s books, Where Is God When It Hurts?, he introduces Dr. Brand, a physician who devoted his life to living and working with leprosy patients in different parts of the world. A great danger these individuals faced, Brand discovered, was suffering or worsening injuries due to an inability to feel pain.

Yancey writes, “Pain is not God’s great goof. The sensation of pain is a gift – the gift that nobody wants. More than anything, pain should be viewed as a communication network. A remarkable network of pain sensors stands guard duty with the singular purpose of keeping me from injury…. For the majority of us, the pain network performs daily protective service. It is effectively designed for surviving life on this sometimes hostile planet.”

He quotes Brand who, drawing from decades of professional experience, determined, “…as a physician I’m sure that less than one percent of pain is in this category we might call out of control. Ninety-nine percent of all pain that people suffer are short-term pains: correctable sensations that call for mediation, rest, or a change in a person’s lifestyle.”

This seems counterintuitive. We recoil at even the thought of pain, seeking to avoid it if possible. Over-the-counter pain medications fly off the shelves at pharmacies and retail stores. Stringent restrictions now govern opiates and other prescription pain medications, seeking to curb epidemic abuse. Many people attempt to avoid or overcome pain by other means, ranging from alcohol and recreational drugs to immersing themselves into various forms of distraction.

But could it be, as Yancey suggests, that “pain is not God’s great goof”? Twelve years ago, while power-walking, I felt unusual chest pressure and soreness in my left arm and wrist. I’d never experienced those sensations before, so when they recurred the next day, I had the good sense to consult my physician.

A battery of tests determined I not only had several arterial blockages, but also an enlarged aorta which could have taken my life. I had not felt the severe chest pain often depicted on TV and in films, but that pressure was still deemed “pain” by the doctors who diagnosed my problems and performed surgery.

If we’re hammering a nail and hit our thumb instead, pain alerts us so we don’t keep whacking away and exacerbate the hurt.

One of the problems diabetics often face is that over time, nerve endings become desensitized. As a result, they can suffer bruises or more serious injuries, even aggravate them, without being aware of it because they don’t feel pain to alert them of the damage.

A great example of pain is found in the Old Testament book of Job. In a devastating series of events, Job lost his worldly possessions, his children, and his health. The only thing he didn’t lose was his wife. When she told him to “curse God and die,” Job might have wondered why she was still around.

Job presents a classic discourse on the problem of pain, the subject of countless books, sermons and articles. One important thing to remember is that even in the depths of Job’s misery, the Lord was never absent. As the account of God’s sovereignty and grace concludes, we even see Job’s fortunes reversed.

The apostle Paul suffered from some persistent malady, although we’re not told what it was. He wrote, “I was given a thorn in my flesh, a messenger of Satan, to torment me. Three times I pleaded with the Lord to take it away from me. But he said to me, ‘My grace is sufficient for you, for my power is made perfect in weakness.’ Therefore I will boast all the more gladly about my weaknesses, so that Christ’s power may rest on me. That is why, for Christ’s sake, I delight in weaknesses, in insults, in hardships, in persecutions, in difficulties. For when I am weak, then I am strong” (2 Corinthians 2:7-10).

Sometimes, as Paul said, it’s only through weakness – through pain – that we can experience God’s grace most profoundly.

Hard as it may seem, the next time we feel a twinge, an ache, or even a stabbing pain, before rushing for an immediate remedy, maybe we should first thank God for His “gift.” We can also cling to the promise from the Bible’s last book: “He will wipe away ever tear from their eyes. There will be no more death or mourning or crying or pain, for the old order of things has passed away”  (Revelation 21:4).
Posted by Bob Tamasy at 3:00 AM

Email ThisBlogThis!Share to TwitterShare to FacebookShare to Pinterest
Labels: curse God and die, Dr. Paul Brand, Job, my grace is sufficient, pain, Philip Yancey, suffering, the gift nobody wants, thorn in the flesh, when I am weak then I am strong

Great article. Yep my new friend is my new permanent label CAD. When I was asked what I was thankful for in North Carolina at my folks last Thanksgiving, I honestly said my heart surgery. Who knew? What is hysterical is everybody else had shallow responses but I did not dare say anything. They have enough dysfunction. Why make it pop up more like some persistent pimple? Ha Ha. Anyway, I am thankful for this gift of CAD. Sure my lifespan may be shorter but I exercise more correctly to raise my heart rate. I feel more purpose especially in my writing. I have tried to work on a specific area in my life that is not right in a more concerted way as I also have SIN. Thanks, Nelson Haynes

Thanks for your comments, Nelson! Keep up the good work!