Fruits of Their Labors 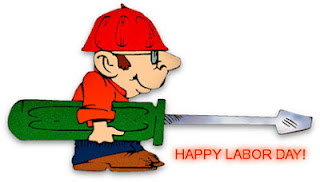 Monday most of us will observe Labor Day, taking off from work to celebrate the virtues of work!

Labor Day dates to the late 1800’s, celebrating economic and social contributions of workers. It also serves as a time for many to enjoy the fruits of their labors. Except “their” is sometimes interpreted to mean “other people’s.” In other words, the fruits of other people’s labors.

But during her senior year, the student advisor informs her, “Stella, you’ve really applied yourself and done incredible work. I commend you. Unfortunately, Wilbur hasn’t applied himself and his classroom work has been mediocre at best. You see, he’s been preoccupied with other things. You know how distracting college life can be.

“Wilbur really feels badly about it – and we don’t want him feeling bad, do we? So we’re taking 15 points from each of your final grades and giving them to Wilbur. But even by removing those points, they’re still high enough for honor roll status…. Hope you won’t mind.”

Ridiculous, right? Yet that’s a line of reasoning these days. Business owners invest countless hours, sweat equity and sacrifice – sometimes teetering on the brink of bankruptcy (or beyond) – in pursuit of their dreams. They spend sleepless nights fretting over payroll, bills, capital expenditures, and growth plans. Now that they're reaping fruits of their labors, some in our society think those proceeds should be distributed to others that have contributed nothing.

I applaud efforts for giving people opportunities to get ahead, to ascend the ladder of success. But that doesn’t mean providing helicopters to carry them directly to the top.

Not everyone is born into the same environment; some people have more advantages than others to get started along life’s journey. Those that lack the necessary education, training and skills to find jobs they love should have access to those resources. But just as fictional Wilbur shouldn’t be entitled to share the academic rewards of Stella’s diligent studies, our Constitution doesn’t guarantee – or warrant – people getting something they’re not willing to earn.

In 2 Thessalonians 3:10, the apostle Paul gave this admonition: “For even when we were with you, we gave you this rule: ‘If a man will not work, he shall not eat.’" Interestingly, even the Communist Manifesto included similar language, underscoring the importance of everyone working to make meaningful contributions to society.

Labor Day commemorates work and its intrinsic value. Work provides a basic livelihood as well as life purpose, a sense of achievement, and the dignity of being of worth, able to contribute significantly to others.

Years ago I authored a book called Business at Its Best: Timeless Wisdom from Proverbs for Today’s Workplace, exploring perspectives on work from Proverbs. Here are samples:

“The laborer’s appetite works for him; his hunger drives him on” (Proverbs 16:26).
“Do you see a man skilled in his work? He will serve before kings; he will not serve before obscure men” (Proverbs 22:29).
“He who tends a fig tree with eat its fruit, and he who looks after his master will be honored” (Proverbs 27:18).
“Diligent hands will rule, but laziness ends in slave labor” (Proverbs 12:24).

Work is hard – but it’s also good. So let’s celebrate it and do what we can to help others become noble participants in it. Anyone that’s willing is entitled to enjoy the fruits of their own labors.
Posted by Bob Tamasy at 11:00 AM

Email ThisBlogThis!Share to TwitterShare to FacebookShare to Pinterest
Labels: entitlement, fruits of their labors, hard work, if a man will not work he shall not eat, Labor Day, Proverbs on work, virtues of work, work