Who Knows What a Day Will Bring? 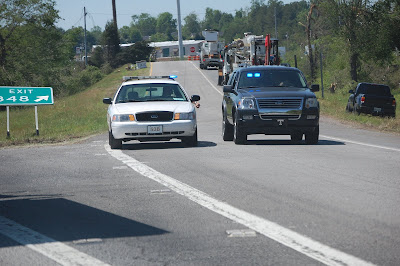 Two weeks ago today, countless thousands of residents across Alabama, Northwest Georgia and Southeastern Tennessee were hunkered down as wave after wave of tornadoes stormed through this region. To me, it ranks alongside the two-foot blizzard of March 1993 as the most momentous weather days for our area.

Most of us survived the day with little more than the inconvenience of power outages, disrupted communications and a few trees downed. But more than 300 people lost their lives. Thousands more had their homes destroyed or seriously damaged. For them, April 27, 2011 will be their own “date that will live in infamy,” to borrow President Franklin D. Roosevelt’s unforgettable quote.

Two days after the storms I drove to Atlanta for a day of meetings. On my drive back home, traffic near Exit 348 at Ringgold, Ga. – where much of the tornado carnage occurred – had slowed to a crawl, almost in silent homage for those who had died or suffered great losses. One road sign read, “Ringgold Historic District.” Many of the historic structures had been swept away.

Ironically, several days later the weekly edition of “Monday Manna,” a business devotional I write and edit, was distributed around the world entitled, “Deep Roots for Weathering Life’s Storms.” I had prepared that particular commentary two months earlier, observing that having a spiritual root system anchored by faith in Jesus Christ can enable us to endure the great challenges of life.

Reflecting on “the day of the tornadoes,” there’s another lesson to be learned. For days, weather experts had warned of an impending major storm, but no one anticipated an event spawning 259 tornadoes across the region in a single day. Many people awoke that morning expecting to stick close to home for safety; few thought their lives could be changed forever.

Perhaps that is why Jesus said, “Therefore do not worry about tomorrow…. Each day has enough troubles of its own” (Matthew 6:34).

April 27 also served as a reminder to cherish each day we don’t have to cope with horrific storms, whatever forms they take. “This is the day the Lord has made; let us rejoice and be glad in it” (Psalm 118:24).
Posted by Bob Tamasy at 10:09 AM