Exuding a Fragrance, or Creating a Big Stink? 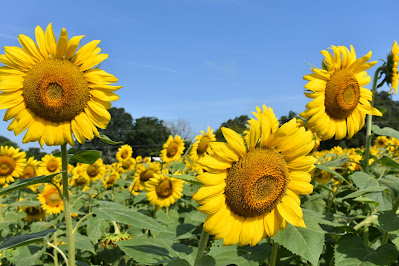 A story is told about Charles F. Weigle, an itinerant evangelist and gospel songwriter whose compositions include, “No One Ever Cared for Me Like Jesus.” Weigle was in California to speak at a conference center and had spent some time in the center’s popular rose garden.

During a reception time, person after person came up to him and inquired, “Did you enjoy your time in the rose garden?” After more than a few had asked the same question, Weigle wondered, “Why do they keep asking that?” since he had not seen many people in the garden while he was there.

Finally, when another person asked about his rose garden experience, Weigle posed a question of his own: “Why do people keep asking me about the rose garden?” The answer was simple: because he was carrying with him the fragrance of the roses he had just visited.

The Scriptures say we should have a similar effect as followers of Jesus Christ. In 2 Corinthians 2:14-16 we read, “But thanks be to God, who always leads us in triumphal procession in Christ and through us spreads everywhere the fragrance of the knowledge of him. For we are to God the aroma of Christ among those who are being saved and those who are perishing. To the one we are the smell of death; to the other, the fragrance of life. And who is equal to such a task?”

Can you imagine that? Like Weigle in the rose garden, if we’re diligent to spend time with Jesus, we unknowingly exude His fragrance to those we encounter throughout the day. Perhaps this is why we get different reactions from people, especially those who are fellow believers vs. those who are not.

Some people we meet, even as strangers, are drawn to us. It may be our incredibly magnetic personalities and charisma – or it might be the presence of Christ in us that they are recognizing subconsciously. Other people seem repelled by us, not by anything we have said or done, but simply by our proximity. They too may be detecting the presence of Jesus in us and sadly, they don’t like it.

We have a son-in-law who loves anything made with cabbage – sauerkraut, coleslaw, cabbage soup, stuffed cabbage. Another son-in-law, however, has a strong aversion to the smell of cabbage. If he knows my wife has made pork and sauerkraut for a special occasion, for example, he will politely excuse himself from even being in the house. Same aroma, very different reactions.

Maybe it’s the same spiritually. On many occasions I’ve met people for the first time and felt an immediate bond with them. When I learn they also are followers of Christ, I understand why. But there have also been times when I sensed an almost instant tension between myself and someone I’m just meeting.

If we believe what the passage says, that we’re “spreading everywhere the fragrance of the knowledge of Him,” there’s nothing we can do to control that. Our challenge is to ensure if people are repelled, it is due to their aversion to Jesus, not because through offensive behavior on our part we have created a big stink that reflects negatively on the Lord.

This fragrance or aroma is something that should consistently be manifested through our interactions with our brothers and sisters in Christ. As Proverbs 27:9 states, “Perfume and incense bring joy to the heart, and the pleasantness of one’s friend springs from his earnest counsel.” Whether we’re interacting with fellow believers one-to-one, or in a group, we should be provoking them to ask, “So, did you enjoy your time in (Jesus’) rose garden?”

Email ThisBlogThis!Share to TwitterShare to FacebookShare to Pinterest
Labels: aroma of Christ, Charles Weigle, fragrance of the knowledge of Christ, perfume and incense bring joy to the heart, rose garden, we are to God the aroma of Christ