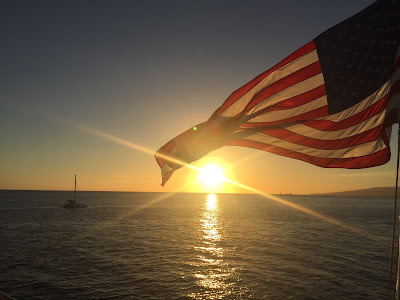 Like every other holiday so far this year, our annual July 4th/Independence Day celebration is certain to look and feel very different from years past. Due to the ongoing COVID-19 restrictions, many cities have already cancelled their annual public celebrations and fireworks shows. Others are considerably curtailing their events. And with more aggressive protests attacking seemingly every aspect of traditional patriotic display, “Old Glory” has fallen into disrepute in some eyes, even a symbol of scandal.

It's sad. Sure, the USA has its flaws. But name any nation throughout history that hasn’t. Except we’re no longer supposed to study, or even trust, history. And what we do study, people want to rewrite and revise. But I for one believe our country still offers much for which we can – and should – be proud.

Despite sentiment about oppressed peoples and “white supremacy,” I strongly suspect we have more millionaires, and even billionaires, from every race than any other nation in the world. People of virtually every ethnicity and culture have made major contributions to our society and way of life, and many have been rewarded handsomely for their efforts. 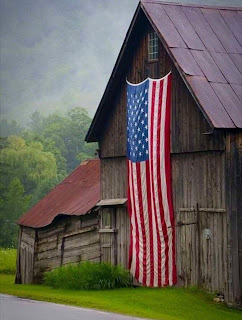 Maybe it’s because I’m a bonafide “Yankee Doodle Dandy,” born on the Fourth of July, but I’ll take the United States – if we can still call it “united” – over any other country in the world, and I’ve been to visit a number of them. For those who disagree, they’re free and encouraged to move themselves and their stuff to another place that’s better.

I’m not oblivious to the inequities – and perceived inequities – of our nation. Yes, wrongs have been committed and justice in those cases must be served. But to discredit everything our nation – and its flag – have stood for and represent is a gross miscarriage of…justice.

When I see our flag, with its 50 stars on a field of blue, and its seven red and six white stripes, to me it stands for the many thousands of lives that were sacrificed to create a land that has often been referred to as “the great American experiment.”

When my Hungarian ancestors passed through Ellis Island in New York City in the early 1900s, they were not guaranteed anything. But they worked hard, sometimes just scraping by, and succeeded in building respectable lives for themselves and their families. Nothing was handed to them or the other immigrants who legally entered our shores through the decades. They arrived with dreams, and through initiative, determination and refusal to quit, millions were able to realize those dreams.

For those who choose to kneel or disrespect the flag, they have that right, I suppose. But in so doing, they also disrespect the countless souls who came before, giving of themselves to make possible a society that was and still is, unprecedented.

We’re a people, according to the Declaration of Independence, “created equal…endowed by their Creator with certain unalienable rights.” Like the Pledge of Allegiance, which added the phrase “under God,” from our nation's founding there was an acknowledgement of a Creator God who sovereignly has made possible all that we are and all that we can become. Starting with the ‘60s, our courts and elected officials chose to start turning their backs on that God. They sowed the wind, and now we’re reaping the whirlwind.

Dissidents and protesters can’t seem to understand why dishonoring the American flag strikes many of us as such an offense. All they see are the flaws of history; we see not only flaws and failures, but also the great triumphs and accomplishments, the blessings I believe largely came from the Creator to whom our founding documents refer.

You're a grand old flag
You're a high-flying flag
And forever in peace may you wave
You're the emblem of
The land I love
The home of the free and the brave
Ev'ry heart beats true
Under red, white and blue
Where there's never a boast or brag
But should old acquaintance be forgot
Keep your eye on the grand old flag…

“The emblem of the land I love.” So, criticize the United States if you will. We’re far from perfect; there’s room for improvement, without question. However, to spit on the flag, burn it, look upon it with scorn and ridicule is to spit upon, scorn and ridicule the many who gave their all to make our nation, in many respects, the envy of people all around the world.

Ultimately, Hebrews 11:13 and 1 Peter 2:11 declare all of God’s children are “aliens and strangers,” “foreigners and exiles” in this world. There’s another world, “a new heaven and a new earth” (1 Peter 3:13, Revelation 21:1), that we eagerly anticipate. But for now, this is where we reside, the United States of America – and I’m not ashamed to admit, I’m proud to be an American.