What the Bible – and Jesus – Say About Prejudice 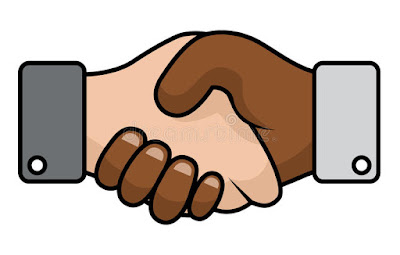 As I write this, I feel incredibly sad. After months of relentless reporting about COVID-19, the news took a startling turn. And not a good one.

Videos surfaced of an African-American man, George Floyd, who died as a result of excessive force exerted by a white police officer while several other officers stood by without any attempt to intervene. They did not have their hands physically on Mr. Floyd, but the videos show no attempt to help as he pleaded, “I can’t breathe!”

For any person to die in this way is beyond excuse, unjustifiable. If there’s any way it could be even more tragic, it’s that Mr. Floyd, according to multiple reports, had extricated himself from a troubled past and was actively striving to make a positive difference in the lives of others.

So many words have already been said and written about this – reasonable and inflammatory. But perhaps it might help to consider what the Scriptures and Jesus have to say about racism and prejudice.

In the Old Testament, we see that God very specifically wanted the people of Israel – His “chosen people” – to remain separate from other peoples. The Lord’s purpose was not to discriminate, but to ensure those He had chosen remained faithful to Him as the one true God, and not be influenced to worship false deities of other nations or stray from the laws He had established.

Discussion of ethnicity in the New Testament takes on a very different perspective. It’s often overlooked when we read and discuss the stories, but the parable of the Good Samaritan and the account of Jesus’ encounter with the woman at a well in Samaria both have racial or ethnic elements to them. The Samaritans were a people group despised by the Jews; interaction with them was a social taboo. So Jesus’ very intentional association with and reference to Samaritans was radical for His day.

Most of us are familiar with the story about the Good Samaritan. In this parable, a man on the way from Jerusalem to Jericho is beaten by robbers and left for dead. A Jewish priest traveling the same road, and then a Levite, pass the man by without stopping to offer aid, but a Samaritan does stop to help by attending to the man’s wounds and then finding an inn where he can stay while he recovers.

When I read this account and try to apply it to the present day, I envision a known racist as the victim. A clergyman and then a politician pass by, ignoring the injured individual’s plight. But then an African-American comes by, takes pity on the person, calls for emergency assistance and then finds a place for him to receive care until he is well again. Can you see the irony – and the extreme example of mercy demonstrated by the black man?

We also have the account of Jesus’ meeting with a woman of disrepute going to a well to draw water at midday, when she could avoid the accusatory glances of other women. “Now he had to go through Samaria. So he came to a town in Samaria called Sychar…. Jacob’s well was there, and Jesus, tired as he was from the journey, sat down by the well…. When a Samaritan woman came to draw water, Jesus said to her, ‘Will you give me a drink?’… The Samaritan woman said to him, ‘You are a Jew and I am a Samaritan woman. How can you ask me for a drink?’ (For Jews do not associate with Samaritans)” (John 4:4-42).

Jesus proceeded to shift the conversation to “living water,” how this women with a painful past could experience new life through Him, the promised Messiah. When she excitedly ran back to her town to tell about this incredible stranger, many went to see Him and also became believers.

Again, Jesus’ actions were radical, unprecedented for those times. He broke every cultural guideline of the day, but paid no heed to the woman’s ethnicity, nor her immoral background. He perceived her only a person deserving of unconditional love and compassion, someone who needed some truly Good News to break into her broken existence.

We find that after Jesus’ ascension to heaven, His followers continued the example He had shown of disregarding cultural barriers. In Acts 8:25 it says, “When they had testified and proclaimed the word of the Lord, Peter and John returned to Jerusalem, preaching the gospel in many Samaritan villages.” The Samaritans hadn’t suddenly been welcomed into the Jewish family, yet the disciples knew they needed to hear the truth of Jesus Christ as much as anyone.

Lastly, I think of what the Paul the apostle wrote, saying that in God’s sight, there is no distinction of race, gender, class or ethnicity: “There is neither Jew nor Gentile, neither slave nor free, nor is there male and female, for you are all one in Christ Jesus” (Galatians 3:28).

Some progress has been made in the realm of race relations in recent decades. But much more remains to be made. I firmly believe the ultimate answer is not in the writing and enactment of more laws, or the establishment of more regulations, but in the changing of hearts. And that is only possible through the transforming life and power of Jesus Christ.

I’m thankful for my African-American friends. We enjoy each other’s company, and I believe we have learned from one another. More than anything, we share a bond in Christ that transcends any differences of color or culture. I pray – in the most literal sense – that through Him, the walls of hate, prejudice, distrust and suspicion can finally be torn down.