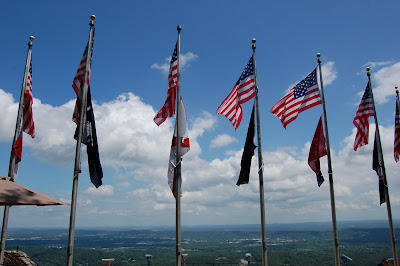 With general elections approaching, there’s talk about returning the United States to its roots. For some, this means a “Christian nation.” To that I suggest two words: Stop it!

Yes, our Constitution embraces some Judeo-Christian principles, but Christian nation? No.

Consider the following mantras that have shaped the American mindset, particularly since World War II: “Pull yourself up by your own bootstraps.” “God is my co-pilot.” And my favorite, “God helps those that help themselves.” (Not found anywhere in the Bible.) We praise the “self-made man” – who tends to worship his “maker.”

It’s not that hard work and initiative are wrong. Part of our nation’s malaise today is too few want to exert the effort necessary to succeed. They want everything handed to them as they ride the entitlement bandwagon.

But how can we be a “Christian nation” when self-reliance and self-sufficiency run diametrically opposed to biblical truth?

Jesus said, “apart from Me you can do nothing” (John 15:5). The apostle Paul affirmed total dependence on his Lord, stating, “I can do all things through Christ who strengthens me” (Philippians 4:13). He also stated paradoxically, “when I am weak, then I am strong” (2 Corinthians 12:10). Paul explained why in the preceding verse: “Therefore I will boast all the more gladly about my weaknesses, so that Christ’s power may rest on me” (2 Corinthians 12:9).

At its heart, Christian faith consists not on taking spiritual precepts and implementing them to flex our muscles. It’s recognizing utter helplessness apart from Christ – even when His commands run counter to our culture.

Jesus declared we’re to submit to governing authorities, as Romans 13 affirms, but He never instructed us to be the authority – or to rely on it alone. The goal, the Scriptures teach, is “that your faith might not rest on men’s wisdom, but on God’s power” (1 Corinthians 2:5). That’s what a true “Christian nation” would look like.