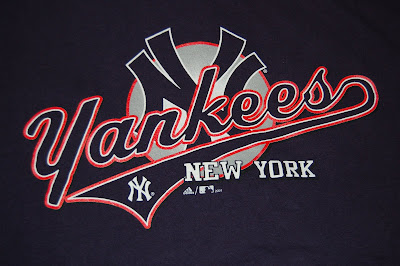 Much to the chagrin of millions, the New York Yankees won the World Series again – for the 27th time. To Yankee haters, the men in pinstripes are Goliath; convinced the Yanks have enjoyed more than their share of success, they root for anyone but them.

Admittedly, I’m not among them. Raised in New Jersey, I’ve been a Yankee fan since 1957 – more than half a century! So I was thrilled to see Jeter, Pettitte, Rivera, Posada, Rodriguez & Co. beat the Phillies in six.

But I can empathize with those who despise the Yankees. It’s the same reason I have disliked USC, Florida and Notre Dame in college football, the NBA’s Celtics and Lakers, and the late Dale Earnhardt in NASCAR. Who wants to see the same teams win again and again – unless they happen to be your team?

Maybe that’s why the story of David and Goliath is so compelling: The outsized, underequipped shepherd boy overcoming the greatest of odds to vanquish the fearsome giant. It resonates in all of us, because at one time or another we also have felt overwhelmed, overpowered and outmatched.

So we tend to root against the giants, the Goliaths that dominate, whether in sports, business, politics, even entertainment. We want to see underdogs succeed, because they give us hope.

Battling giants is hardly a new phenomenon. In the Old Testament the Israelites had to face giants, called the “Rephaim.” Understandably, they lived in fear. How could they prevail? That is why their leader, Joshua, repeatedly reminded them, “Be strong and courageous. Do not be terrified; do not be discouraged, for the Lord your God will be with you wherever you go” (Joshua 1:9).
What “giants” are you facing today – financial, health, relational, vocational? Do not fear, because God is greater than any Goliath.
Posted by Bob Tamasy at 11:42 AM