A Picture Being Worth a Thousand Words Isn’t Enough 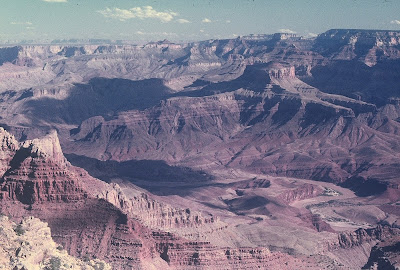 Since college, photography has been one of my favorite pastimes, ranking just behind writing. A graduate teaching assistantship in photojournalism launched me into the world of color and black-and-white imagery, and my passion for taking photos has only grown stronger over the years.

My wife graciously has allowed me to hang many of my pictures around the house, some of our children and grandchildren, and others from beautiful locations we’ve visited. Each photo brings back happy memories, whether it’s one of the times we toured the Grand Canyon or Disney World, my trips to Hungary and Germany, or sights around our scenic city of Chattanooga. 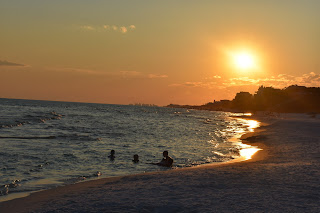 Photos of the kids when they were young evoke fond remembrances, often causing us to marvel over how much time has passed – and how quickly it has gone. However, these images, no matter how well-composed and carefully exposed, fall short of capturing what we enjoyed “live and in person.” As for natural beauty, there’s no way a two-dimensional photo can convey the grandeur of the Canyon, a European cathedral, or a beach at sunset.

A picture might be worth a thousand words, as they say, but the experiences behind the images are worth infinitely more than that.

Have you noticed we have no photographs of God? Nor do we have paintings, or even sketches, from anyone who was a contemporary of Jesus Christ. Yes, artists and sculptors through the centuries have created depictions of how they envisioned Jesus to have looked, but often those are reflections of their culture more than accurate representations.

Why do you think the Lord has chosen not to give us any kind of “photo albums” of Himself? Obviously, cameras weren’t invented until the 19thcentury, so photographic images of Jesus were impossible. And compared to works from the Renaissance era and centuries that have followed, painting and sculpture in the days He walked the earth were primitive arts.

But I think there are two big reasons we don’t any precise images or reproductions to show what Jesus looked like. For one, despite the efforts of artists to show otherwise, His physical appearance is of little importance. Jesus’ sacrificial death, burial and resurrection were offered for everyone, regardless of color, gender, status or culture. As it says in Galatians 3:28, “There is Jew nor Greek, slave nor free, male nor female, for you are all one in Christ Jesus.”

And when Jesus gave His disciples their final instructions, they were all-encompassing: “Therefore go and make disciples of all nations…” (Matthew 28:19). He didn’t die to pay the penalty for the sins of only people in Israel, or Ireland, or Iran, or Idaho. The salvation He offers is for people in every nation, of every ethnicity. If we had accurate images of Christ, we might be tempted to conclude He came as Savior and Lord only for certain people groups that look as He did.

Another reason for not having actual images of Jesus is because of God’s taboo against idols of any kind. The second of the 10 Commandments was, “You shall not make for yourself an idol in the form of anything in heaven above or on the earth beneath or in the waters below. You shall not bow down to them and worship them…” (Exodus 20:4).

Even with this prohibition, we still have fancified depictions of Jesus in many churches, and in some countries, shrines have been erected at various locations where people can stop to worship and even leave gifts. If we had photos or statues of what Jesus actually looked like, we might be tempted to worship those rather than to observe His admonition, “…true worshipers will worship the Father in spirit and truth…. God is Spirit, and His worshipers must worship Him in spirit and in truth” (John 4:23-24).

I’m a big fan of “The Chosen,” the still-unfolding, highly imaginative video series which in my estimation is the finest portrayal of the life of Christ ever produced. The actor who plays the role of Jesus, Jonathan Roumie, does an exceptional job of conveying both Christ’s divinity and humanity. However, there could be a temptation to see Roumie on the screen and believe that’s how Jesus actually looked like 2,000 years ago. There’s a difference between appreciating someone’s skills as a thespian and idolatry.

I suspect in everyone’s mind’s eye they have an idea of what they think Jesus looked like, but it matters far more what God has revealed to us through the eyes of faith. We don’t need photos or exact paintings of the Lord to be His true followers. Because, as 2 Corinthians 5:7 says, “We walk by faith, not by sight.”

Email ThisBlogThis!Share to TwitterShare to FacebookShare to Pinterest
Labels: images of God, photography, photos, pictures of Jesus, The Chosen, visual images, we walk by faith not by sight, worship in spirit and truth