When you hear the words “great” or “greatness,” what comes to mind? Perhaps an individual comes to mind who deserves that label. In the business world we’ve had many great industrialists, great innovators, and great performers in their areas of specialty. If you’re a sports fan, you might immediately envision an outstanding athlete present or past, or even a team you believe ranks among the all-time greats. 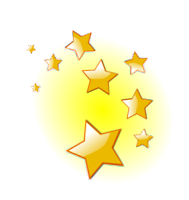 There are great orators, great teachers, great preachers, great surgeons and great statemen/women). Great musicians, artists, singers, dancers, actors and comedians. Of course, greatness – like beauty – is largely in the eyes of the beholder. One person’s “great” is someone else’s so-so.

What about you – would you like to be considered great? Some of us might aspire to one day become a household name in our favorite area of interest or expertise; others might settle for being a great mom or dad, or a great spouse. I’ve even heard parents say about a child, “she’s a great kid!”

But what is this “great” stuff really all about? Because greatness has its fickle side – someone who’s regarded as great one day and widely praised, can suddenly “fall from grace” and become a disgrace. We’ve all seen examples of that. Could it be that greatness isn’t actually what we typically think it is?

Jesus addressed this in a memorable scene when He was alone with His disciples. At that point, they were still clueless as to who He really was. Some thought Jesus planned to become the king of Israel, usurping the ruling Romans, and they wanted to get in on the action. Specifically, James and John, the sons of Zebedee – whom Jesus had nicknamed the “sons of thunder” – indeed created a great stir when they approached Him with a request.

“Let one of us sit at your right hand and the other at your left in your glory,” they asked. Not sure whether Jesus did a double-take, but He responded,“You don’t know what you are asking. Can you drink the cup I drink or be baptized with the baptism I am baptized with?” (Mark 10:37-38). He was alluding to the mock trial and the crucifixion that He knew awaited Him.

“We can,” the two brothers replied, delusions of grandeur obscuring Jesus’ real meaning. When the other disciples heard about the audacious request, they became indignant. “Why them and not us?” they must have been thinking. So Jesus decided it was time to give them a dose of perspective. After commenting on Gentile leaders who loved to flaunt their positions and authority, He said:

“Not so with you. Instead, whoever wants to be first must be slave of all. For even the Son of Man did not come to be served, but to serve, and to give his life as a ransom for many” (Mark 10:43-45).

Say what? Be a slave to others? Serve? The disciples weren’t expecting to hear those words. They were expecting social standing, positions of honor. But Jesus wasn’t speaking metaphorically – He was being quite literal.

In fact, in another setting, Jesus did the unthinkable – washing His disciples’ feet, a task reserved for the most lowly of menial servants. Dusty conditions on the roadways and paths made for dirty feet, but to wash one another’s feet was a job beneath them, both literally and figuratively. And yet, there He was, with water, basin and towel, washing and then drying the feet of His followers.

After some discussion, Jesus explained, “You call me ‘Teacher’ and ‘Lord,’ and rightly so, for that is what I am. Now that I, your Lord and Teacher, have washed your feet, you also should wash one another’s feet. I have set you an example that you should do as I have done for you. I tell you the truth, no servant is greater than his master, nor is a messenger greater than the one who sent him. Now that you know these things, you will be blessed if you do them” (John 13:13-17).

What does that have to do with us? We have paved streets and cement sidewalks; we take baths and showers, but don’t need someone else to wash our feet. True, but there are myriad other acts of service we can perform for one another – and for people we don’t even know. These often require selflessness and humility, which was the point Jesus was making. He was indeed calling His followers – those of 2,000 years ago and each of us today – to greatness, but not from the world’s perspective.

Those disciples served as Jesus’ first missionaries, preaching the Gospel to both Jews and Gentiles, both in their homeland and lands they had never seen. But they also experienced persecution, and for most of them, martyrdom. But they never denied their Lord, because they had witnessed His example and were determined to “follow in His steps” (1 Peter 2:21).

In God’s view, all greatness requires is humility and a willingness to set aside personal desires and ambitions. As Jesus said, “If anyone wishes to come after Me, let him deny himself, take up his cross daily and follow Me” (Luke 9:23). Now, do you want to be great?

Email ThisBlogThis!Share to TwitterShare to FacebookShare to Pinterest
Labels: becoming great, deny himself take up his cross daily, desiring to become great, follow in his steps, great, greatness, in his steps, James and John, the Son of Man did not come to be served but to serve