GODISNOWHERE: What Do You See? 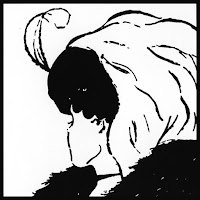 Have you ever seen any of those optical illusion illustrations that show two very different images, depending on how you look at them? There’s the one that, from one angle, looks like an attractive young lady in a feathered, flowing hat. From another angle, however, it appears to be an aged woman.

There’s another that at first glance looks like a chalice or goblet, but after a second look appears to be two people facing each other, their noses nearly touching.

Yet another, in color, at first appears to be an old woman and an old man looking at each other, but another look shows a man with a guitar, wearing a sombrero and serenading a lady nearby. You can find many more of these visual illusions. The brain can perceive things in amazingly different ways.

The title of this post is a similar illusion, only in verbal form. When reading the first word in the title, what did you see? Did it seem to say, “God Is Nowhere”? Or did you read, “God Is Now Here”?

How you respond is interesting, because in this little visual exercise we see a metaphor for much of what’s going on in our world today. Indeed, for many people, God is nowhere. Atheists and agnostics claim to see no evidence of Him. Or at least they deny it. But one doesn’t need to be an ardent non-believer to puzzle over the existence of God. Whether it’s a global health crisis, or seemingly insurmountable personal challenges, there are times when we want to cry out, “God, where are you?”

Many people, if they’re willing, need only to look within to recognize God’s presence. Ecclesiastes 3:11, “He has also set eternity in their hearts,” so by the Lord’s design, we all have an inner awareness of His existence.

We also find evidence everywhere of God through the world and universe that He has created. As Romans 1:19-20 says about those who choose to rebel against Him, “since what may be known about God is plain to them, because God has made it plain to them. For since the creation of the world God’s invisible qualities – his eternal power and divine nature – have been clearly seen, being understood from what has been made, so that men are without excuse.”

And yet, even for those with the deepest faith, there are moments when God seems to be nowhere. What are we to do then? How can we, despite challenges that threaten to overwhelm us, continue to embrace the assurance that God is now here?

Thinking about this, a song by Babbie Mason comes to mind. It contains the refrain, “When you don’t understand, when you don’t see His plan, when you can’t trace His hand…trust His heart.” Often I’ve wondered, “Lord, what’s going on? What are You doing?” He might not have given an immediate answer – often, He doesn’t – but in retrospect I realized God truly did know what He was doing. His plan, as it unfolded, was far better than anything I could have come up with.

What we can see, at any moment, is what the Lord has revealed about Himself through His Word. In response to the claim that God is nowhere, we find the psalmist’s declaration that says, ”Where can I go from your Spirit? Where can I flee from your presence? If I go up to the heavens, You are there; if I make my bed in the depths, You are there. If I rise on the wings of the dawn, if I settle on the far side of the sea, even there Your hand will guide me, Your right hand will hold me fast” (Psalm 139:7-10).

Many people I know, during their darkest times, have clung to the promise of Isaiah 41:10, “So do not fear, for I am with you; do not be dismayed, for I am your God. I will strengthen you and help you; I will uphold you with My righteous right hand.”

We can find similar assurances throughout both the Old and New testaments, affirmations of the Lord’s omnipresence, no matter what. In fact, the very last recorded words of Jesus Christ, spoken just before His ascension to heaven, were, “And surely I am with you always, to the very end of the age” (Matthew 28:20). When God says “always,” I’ve learned He means ALWAYS.

We need to remember this, so that when circumstances scream out to us, “God is nowhere!” we can hold firm to the ubiquitous promise of the Scriptures that “God is now here!”

Email ThisBlogThis!Share to TwitterShare to FacebookShare to Pinterest
Labels: Babbi Mason, eternity in their hearts, God is now here, God is nowhere, I am with you always, mental illusions, optical illusions, trust His heart, when you don't understand when you can't see His plan