How good is your imagination? How about this: Imagine being a financial planner (unless you already are one) and acquiring a wealthy new client who proposes an unusual investment arrangement. In return for your diligent management of his finances, all you would need to do is return 10 percent. The remaining 90 percent? You get to keep it.

Even if you’re not a financial planner, that sounds like a pretty good deal. Having responsibility for someone else’s resources and being permitted to keep all but 10 percent. If you could find an individual willing to do that, you might be tempted to change professions, right? 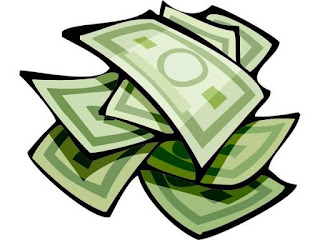 Of course, that’s only in a fantasy world. Or is it? Because in a very real sense, that’s the arrangement God has set up for His children. He asks us to give a portion of whatever we earn for His work, and we can keep the remainder.

In the Bible’s Old Testament, we’re taught the concept of the tithe, which was defined as giving 10 percent of one’s earnings right off the top. In Proverbs 3:9, for example, it says, “Honor the Lord with your wealth, with the firstfruits of all your crops.” And the oft-quoted Malachi 3:10 instructs, “Bring the whole tithe into the storehouse, that there may be food in my house.” When pastors preach about giving – or financial stewardship – they often refer to these passages. And as they do so, we typically reach protectively toward our wallets.

The New Testament doesn’t teach tithing as a hard and fast rule, but it is mentioned. The only time Jesus was recorded to have mentioned the tithe, he was addressing legalistic religious leaders: “Woe to you Pharisees, because you give God a tenth of your mint, rue and all other kinds of garden herbs, but you neglect justice and the love of God. You should have practiced the latter without leaving the former undone” (Luke 11:42). He doesn’t absolve us of the responsibility to give; He simply reminds us to do so with the right attitude.

This whole subject of giving makes many of us uncomfortable. “Nobody’s going to tell me what to do with my money!” we tell ourselves. I’ve even heard people say, “God doesn’t need our money!” He does, after all, “[own] the cattle on a thousand hills” (Psalm 50:10). Except, as the Scriptures assert, it’s not really “our money.”

Who gave us the health we have to go to work each day? Who gave us the capacities, even the opportunities, for earning a living wage? If you’ve developed certain skills over time, where did your natural ability come from, your passion for what you do? I’m a professional writer, and I’ve worked hard through the years to refine my ability to communicate through the written word. But where did my innate interest in writing come from?

Whenever we feel defensive about giving, emulating the miser who insists, “It’s mine, all mine!”, we need to remind ourselves of the basics, which are expressed clearly in 1 Chronicles 29:11-13:

“Yours, O Lord, is the greatness and the power and the glory and the majesty and the splendor, for everything in heaven and earth is yours. Yours, O Lord, is the kingdom; you are exalted as head over all. Wealth and honor come from you; you are the ruler of all things. In your hands are strength and power to exalt and give strength to all. Now, our God, we give you thanks, and praise your glorious name.”

I encountered this passage for the first time years ago, and since then I’ve been using it as a reminder whenever I start feeling too possessive about my “stuff.” Even the verse from Malachi, the Old Testament’s last book, offers motivation for our giving. After reading the directive to give, we’re informed God has made an unusual promise. “’Test me in this,’ says the Lord Almighty, ‘ and see if I will not throw open the floodgates of heaven and pour out so much blessing that you will not have enough room for it.’”

Perhaps, in the midst of this “season of giving,” it’s a good time for a refresher. We fret over getting the “right” gifts for friends and family. Sometimes this leads to great stress, shifting our focus off the real spirit of Christmas. And when charitable causes bombard us with appeals for year-end giving, we can feel frustrated, even overwhelmed. If our hearts are right, however, that doesn’t need to be the case.

Two New Testament passages have helped me a lot in this regard. In Luke 6:38, Jesus spoke of the generosity of God: “Give, and it will be given to you. A good measure, pressed down, shaken together and running over, will be poured into your lap. For with the measure you use, it will be measured to you.”

For me that means, if we’re stingy in our own giving, we shouldn’t expect God to be lavish in His giving to us. But on the other hand, our generosity will never approach the Lord’s generosity. I’ve heard many people say, not only from conviction but also from experience, “You can’t out-give God.”

The other passage is 2 Corinthians 9:6-7, which declares, “Remember this: Whoever sows sparingly will also reap sparingly, and whoever sows generously will also reap generously. Each man should give what he has decided in his heart to give, not reluctantly or under compulsion, for the Lord loves a cheerful giver.” Some translate that last phrase as “a hilarious giver.” Have you ever given hilariously?

During the Christmas season, we think of the Christ Child, God incarnate. Deity invading the physical world, to serve as an example, teacher, miracle worker, atoning sacrifice, and redeemer. He offers the gift of a new, eternal life to any and all who will receive it. Without question He’s a cheerful, even hilarious giver. If we’re to “follow in His steps,” as 1 Peter 2:21 says, can we be any less?

Email ThisBlogThis!Share to TwitterShare to FacebookShare to Pinterest
Labels: cattle on a thousand hills, cheerful giver, everything in heaven and earth is yours, firstfruits of your crops, give and it will be given to you, giving, tithe, tithing