It’s Important to Remember: We’re Not Home Yet

After traveling – whether on a business trip, a vacation, or a visit with family – have you ever thought about the words of the old song: “Be it ever so humble, there’s no place like home”? 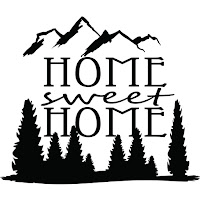 Most of us can relate. Home is where we feel most comfortable, where we feel we belong. Over the years I’ve had the opportunity to stay at some plush hotels and resorts, but they never had the relaxing, welcoming feeling of “home.”

But have you ever stayed long enough somewhere that it started to feel like a second home? My freshman year of college, instead of staying on campus I lived with my uncle, aunt and cousins. For about nine months, their home did seem like my own. I took part in family activities and household chores; I had my own room, and could come and go as needed. But deep down, I knew it wasn’t really “home.”

I’m thinking about this because of another familiar song I heard recently, “Not Home Yet,” by Steven Curtis Chapman. In many respects, this world into which we were born and have lived for so many years seems like home. When changes occur to our “home” we don’t favor, we feel unsettled. It’s almost like a stranger coming into our house and rearranging the furniture, painting the walls a different color, and making other changes. “Hey, what are you doing to my home?!” we would shout.

That’s not a thought original to him, of course. The Scriptures remind us of this repeatedly. Writing to believers in ancient Corinth, the apostle Paul gave them the assurance,“No eye has seen, no ear has heard, no mind has conceived what God has prepared for those who love him” (1 Corinthians 2:9). Even as familiar as we’ve become with life on earth, in essence he’s telling us, “You ain’t seen nothin' yet!”

As the day of His crucifixion was nearing, Jesus Christ offered His closest followers these words of promise: “Do not let your hearts be troubled. Trust in God; trust also in me. In my Father’s house there are many rooms…. I am going to prepare a place for you. And if I go and prepare a place for you, I will come take and take me with you that you also may be where I am” (John 14:1-3).

We can find those words comforting as we observe a world that seems increasingly chaotic and out of control. “What are we to do?” we wonder as we wring our hands in frustration and fear. Our biblical ancestors probably felt much the same at times. For them, it was essential to remember their real eternal home – and that this wasn’t it.

Citing numerous examples of men and women of great faith, Hebrews 11:13 says, “they acknowledged that they were strangers and exiles on the earth.” There’s been a great debate in our country over illegal aliens, about who’s entitled to live here and who’s not. Although we’re not residing on this earthly orb illegally, as God’s children we’re still “stranger and exiles.”

In 1 Chronicles 29:15, as he was preparing to pass along the kingship of Israel to his son, Solomon, King David declared, “We are aliens and strangers in your sight, as were all our forefathers. Our days on earth are like a shadow….”

Another passage points to the same reality. In reminding believers living in Pontus, Galatia, Cappadocia, Asia and Bithynia that they were “a chosen people, a royal priesthood, a holy nation, a people belonging to God,” the apostle Peter exhorted, “I urge you, as aliens and strangers in the world, to abstain from sinful desires, which war against your soul” (1 Peter 2:11).

He then explained why this is so crucial: “Live such good lives among the pagans that, though they accuse you of doing wrong, they may see your good deeds and glorify God on the day he visits us” (1 Peter 2:-12).

I’m as guilty as anyone of forgetting this, but we’re not to become so immersed in this world we can see, touch, hear, smell and taste that we lose sight of where – as children of God – home really is. Because, as another adage tells us, “Home is where the heart is.”
Posted by Bob Tamasy at 3:00 AM

Email ThisBlogThis!Share to TwitterShare to FacebookShare to Pinterest
Labels: aliens and strangers, home, I am going to prepare a place for you, in My Father's house, no eye has seen no ear has heard, Not Home Yet, Steven Curtis Chapman, there's no place like home, we are not home yet