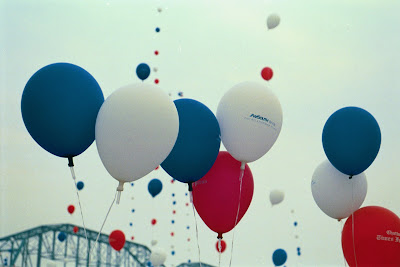 Sunday marks the 61st anniversary of my first birthday party. (You do the math.) Even though Giessen, Germany was my birthplace – Dad was stationed there, Mom was there with him, and I wanted to be close to her at the time – I’m a Yankee doodle dandy, a real live, bonafide nephew of my uncle Sam. (My grandfather’s name also was “Sam” – Samuel.)

I’m a flag waver, a proud American, even though there is much in and about America we can’t be proud of. But that’s true of any nation. If there were such a thing as a perfect nation – like a perfect church – they wouldn’t let us in.

Some of the greatest music I’ve ever heard includes 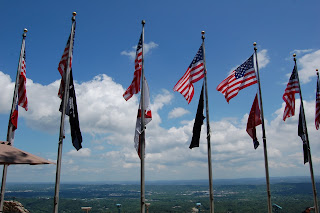 Since its birth, freedom has been the byword of the United States. At times it seems “freedom” and “liberty” are interpreted to mean “license,” even “licentiousness,” but a hallmark of our country has always been allowing people to say and do – within the limits of the law – whatever they choose, even when we don’t agree.

Although some would disagree, I believe the values and principles that shaped the USA are inescapably rooted in biblical truth. In fact, the Bible speaks much about freedom: Moses led the captive Israelites out of Egypt so one day they could arrive at the Promised Land. Jesus died on the cross, freeing humankind from the tyranny of sin, and was resurrected to offer us new life. As Galatians 5:1 says, “It is for freedom that Christ set us free” – free to become all He desires for us to be.

So as I celebrate our free nation, I appreciate the freedom available through another Kingdom even more.
Posted by Bob Tamasy at 3:22 PM