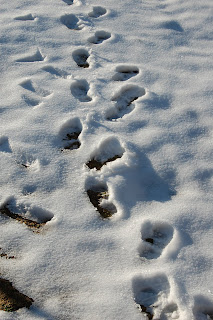 Saturday, I was thinking again about this matter of climate change. I’m a strong believer in climate change – in a couple of months, winter will change to spring, followed three months later by summer, then by autumn (or fall), and then, lo and behold, winter again.

In Sunday’s newspaper, a petroleum geologist wrote a thoughtful, factually supported column challenging the whole global warming consensus, noting that if anything, his research indicates a mini-ice age might be more likely. Wow! Of course, such reasoning isn’t politically correct for the group-think scientific community, or the political sphere for that matter. He’ll probably be defrocked, or whatever they do to dissident scientists. Maybe they’ll take away his Periodic Table of Chemical Elements.

President Barack Obama, in his State of the Union address last week, affirmed his belief

in climate change, but not by my definition. This winter notwithstanding, he’s loudly pounding the global warming drum. If the President says so, it must be so, right?

Not to keep beating a dying global warming horse, but I remember a couple of years in the ‘70s when the severe winter – sub-zero temperatures and blizzards – had almost everybody worried an ice age might be in the offing. In fact, I’m convinced that’s one reason “Roots” became the highest-watched TV miniseries of all time. Its story line was compelling, and it was well-acted and produced, but besides that, it was too cold that year to do anything else.
So in the midst of the hysteria, my trust in a Creator God comforts me. Seems to me that if He was wise enough to create the vast universe, He certainly must have anticipated the combustion engine, population growth and other factors supposedly linked to “global warming."
Posted by Bob Tamasy at 3:07 PM