Have you noticed how little has been said lately about global warming? Everyone is so focused on warding off the cold, they’ve forgotten about how warm it’s getting!

In recent weeks I’ve clipped articles about record low temperatures and snows that have stricken many parts of the world: Unprecedented lows in Florida; unusually heavy snow snarling all modes of travel in Europe; the heaviest snow in 70 years in Korea and other parts of Asia. There even was measurable snow in Houston, Texas on Jan. 6, and last time I looked, that city’s not part of the Snow Belt. 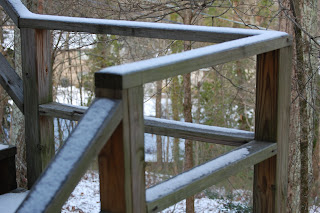 At the risk of sounding reactionary, I’m having a hard time warming to this whole notion of global warming. In the ‘70s, sensationalists were warning about global cooling, and a search of the Web will direct you to some credible sources who argue that is still the case today.

When Al Gore’s documental film, “An Inconvenient Truth,” was released in 2006, many began to fear the worst. The film provides ample data, but as any good debater knows, you only use facts that support your position. I’m starting to wonder whether this “Truth” fits more into the so-called “big lie theory” – the bigger the lie, and the more it’s repeated, the more likely people are to buy into it. (Remember the Y2K hysteria?)

That’s not to say we shouldn’t be concerned about the environment. In Genesis 1:28, God commanded mankind to, “fill the earth and subdue it.” He directed us to be responsible caretakers of His creation, not unappreciative guests. I endorse recycling; cleaner, more efficient use of energy; and other reasonable ways of treating “Mother Earth” kindly.